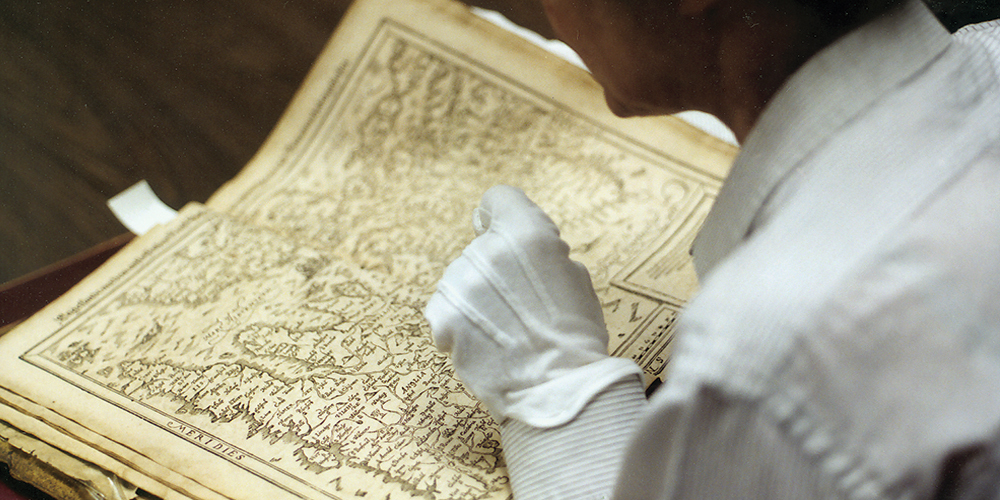 Kessinger Publishing Co.
www.kessinger-publishing.com
(Kessinger publishes rare and out-of-print books in Alchemy, Esoteric, Freemasonry, Hermetic, Gnosticism, Metaphysical, Rosicrucian, Spiritual, and Theosophy. They have a lot of good items about Freemasonry but usually do not give the original dates, etc.)

This list for recommended reading is composed of books the Committee feels have the potential to provide Masonic Knowledge to the readers, but even more significant will stimulate the reader to think.

Please note that the appearance of these books on the recommended list is not to be taken as an endorsement by the Committee of either the authors or the contents. Indeed there are books, or parts thereof, on this list with which probably all members of the Committee would find fault.

It is the firm belief of the members of the Committee that all books read should stimulate the reader to think and, thus, books that appear here and with which you may disagree, are recommended for that purpose.

Many thousands of books concerning Freemasonry have been written during the past 300 years, with additional titles published every month. This list merely scratches the surface and is not intended to confine the reader to these titles alone. Where the participant has found a work that he feels worthy, the Committee would appreciate his comments regarding possible future inclusion.

(Books that could possibly be accepted as well-documented history or philosophy by scholars. Some in this list should instead be in other sections when reviewed but are temporary listed in this section.)

Abah, Chief Ranami, Light After Darkness.
Presented from an African perspective by a member of a Lodge warranted by Grand Lodge of Scotland. Study of the Fraternity.

Adams, George R., A Trilogy – Inner Journey to the East: Meditations of a Master Mason Along the Way: and Masonry for the Millennium

Bowen, Catherine Drinker, Miracle at Philadelphia, 1966.
Not a Masonic book but the story of the Constitutional Convention.

Bullock, Steven C., Revolutionary Brotherhood: Freemasonry and the Transformation of the American Social Order, 1730-1840, 1996.
Excellent book that looks at the beginning of Freemasonry in America and then each period as the Fraternity and the country matured. Contains detailed references.

Carr, Harry, The Early French Exposures, Quatuor Coronati Lodge, 1971, 488 pages.
An excellent reference for students wishing to read about the history of the early non-English rituals.

Carr, Harry, The Collected Prestonian Lectures 1925-1960, Quatuor Coronati Lodge, 1967.
The lectures are likely the most outstanding papers presented on the history of the fraternity. 491 pages. Contemporary Masonic research in England.

Coil, Henry Wilson, Freemasonry Through Six Centuries, (Two Vols.) 1966.
Excellent study that traces the Craft through many lands and over 600 years. 2 vol.

Haggard, Forrest D., The Clergy and the Craft, 1970.
Views of a Masonic leader who is a P. M. and minister.

Hamill, John, The History of Freemasonry.

Hancox, Joy, The Byrom Collection: Renaissance Thought, The Royal Society and The Building of the Globe Theatre, Jonathan Cape, London, 1992.
Great detail of the pre-Masonic ritual and life and can contribute to those who feel that the Royal Society was the foundation from whence we came. It contains much that would also contribute to why geometry may have its position in our ritual.

Hancox, Joy, The Queen’s Chameleon.
Discusses Lord Byron and his actions at the time of the beginning of Freemasonry and his relations with the early Fraternity.

Heaton, Ronald E., Masonic Membership of the Founding Fathers, 1965.
Biographies of Masons involved with the Declaration of Independence, the American Revolution and the Constitution.

Hunter, C. Gruce, Beneath the Stone.

Jackson, A. C. F., English Masonic Exposures 1760-1769, Lewis Masonic, 1986.
Includes full transcripts of Three Distinct Knocks, 1760; Jachin and Boaz, 1762; and Shibboleth, 1765 and commentaries. Has been referred to many times as possible references to early ritual work as there are no official rituals from those days.

Jacobs, Margaret Jacobs, Living the Enlightenment: Freemasonry and Politics in Eighteenth-Century Europe, Oxford Univ. Press, 1991.
An excellent reference on some of Europe’s early Freemasonry. A solid history with many notes and references. Very valuable.

Kennon, Donald R., A Republic for the Ages.

Lessing, Gotthold, Lessing’s Masonic Dialogues, Masonic Book Club, 1991.
Serves as an excellent reference for his thinking in Germany at the time he joined the Fraternity.

McLeod, Wallace, The Grand Design, Anchor Communications, Highland Springs, VA, 1991.
Addresses articles on many aspects of Freemasonry including old charges and why they are different.

Morris, S. Brent, A Radical in the East, Iowa Research Lodge, 1993.
Discusses myths and beliefs in our ritual system.

Partner, Peter, The Murdered Magicians: The Templars and their Myth, Oxford Univ. Press, 1987.
An excellent book that not only discusses the original Knight Templars but also covers the period after their end with detailed discussion of how they were perceived by the public in each period.

Pike, Albert., Morals and Dogma, Supreme Council of the S.J., Charleston, 1871 and numerous succeeding editions.
A very hard read. It is the major compilation of Pike’s writings on his view of the questionable history of mystic studies. Basis of some of the Scottish Rite rituals.

Roberts, Allen E., Freemasonry in American History, 1985.
The story of the Fraternity in the founding of the United States.

Roberts, Allen E., The Craft and Its Symbols, 1974.
Classic introduction to Freemasonry.

Roberts, Allen E., George Washington: Master Mason.
Story of Washington and the Fraternity using many of his own words.

Roberts, Allen E. and Wallace McLeod, Freemasonry and Democracy – Its Evolution in North America.
Discusses role of the Fraternity in the development of the U.S. and Canada.

Robinson, John J., A Pilgrim’s Path, 1993.
Discusses history, anti-Masonry, and the author’s feelings as he decides to petition the Fraternity. Recommended for beginners.

Robinson, John J., Dungeon, Fire and Sword: The Knights Templar in the Crusades, M. Evans and Co., 1991.
The story of the warrior monks who occupied the Temple Mount after the First Crusade.

Stevenson, David, The First Freemasons: Scotland’s Early Lodges and Their Members, Aberdeen Univ. Press., 1988.
Detailed study of the first lodges in Scotland from study of the early records of the lodges. Most of these lodges existed from records before 1598 when St. Clair organized a few of Scotland’s earliest lodges and may have built the organization that exists today.

Stevenson, David, The Origins of Freemasonry: Scotland’s Century, 1590-1710, Cambridge Univ. Press, 1988.
Detailed study by a historian of the background of the philosophy of the Fraternity and the early operative and non-operative fraternity in Scotland before the founding of the Grand Lodge in England. For those who claim that the fraternity came from the operative masons, this is a must read.

Tresner, Jim and John Mandleberg, Albert Pike: The Man Beyond the Monument, Scottish Rite Research Society, 1995.
Story of the man, Freemason, and general who was a Masonic leader.

Weir, John, Robert Burns – The Freemason, Lewis Masonic, 1986.
Study of Burn’s Masonic career and the Scottish Fraternity in that period.

Wells, Roy A., The Rise and Development of Organized Freemasonry, 1986.

Wells, Roy A., Understanding Freemasonry.
Some of his classic writing.

Baigerit, Michael & Richard Leigh, The Temple and the Lodge, 1989.

Bromwell, H. P. H., Restorations of Masonic Geometry, Kessinger.
Book goes into great detail on the supposed geometry of the lodge rooms. For students who are interested in the reasons for some traditions. 559 pages.

Dempsey, Al, What Law There Was, Tor Paperback, 1991.
A wonderful story that reads like a novel but has base in fact of the “wild west” and start of the Fraternity in Montana. It is recommended for those wanting light reading of a western book.

Knight, Christopher and Robert Lomas, The Hiram Key, Element Books, Rockport, Maine., 1996.
A book that claims that the Hiram story came from Egypt at the time of Joseph and carried down through the ages. It is interesting but likely only a good story. However those interested in – from whence came the Fraternity – will enjoy its theories.

Knight, Christopher and Robert Lomas, The Second Messiah.
It is filled with stories of the Knights Templar and pre-Masonic topics and ideas. Enjoyable reading for those who like to think about the Middle Ages and the fanciful histories of the fraternity.

Knight, Christopher and Robert Lomas, Uriel’s Machine.
A third book by the authors of Hiram’s Key. This book looks at the pre-history of Europe and the Bible and comes with a theory of both unproved pre-history and pre-Masonic history. It is pure theory and will be enjoyable for those who like to think of pre-history and the possibilities of the Fraternity’s history.

Noone, Richard W., 5/5/2000: Ice: The Ultimate Disaster, Three Rivers Press, New York, 1982. Paper.
Interesting book for those who like to read ideas of pre-history foundations of the possible Masonic philosophy. Reads well and has many Masonic ideas in it if one ignores the theory that the end of the earth, as we know it, should have been May 2000. Book does have many ideas and reads well.

Robinson, John J., Born in Blood, 1989.
The author builds a hypothesis for Freemasonry to be the continuation of the Knights Templar.

Yates, Frances A., The Rosicrucian Enlightenment, Barnes and Noble, 1972.
Study of the “Enlightenment” with an idea that Dr. John Dee was the founder of Rosicrucianism and that it returned to England as Freemasonry. An exact history of where the early Fraternity in London originated is not known, but Ms. Yates makes a good theory of a history of the Fraternity. It also tells her theory of our ritual and philosophy.

(Books are included here that are interesting or historical fiction which are of interest to Freemasons because of the content. They usually present enjoyable material so their reading will be both beneficial and educational.)

Eco, Unberto, Foucault’s Pendulum, Harcourt Brace Jovanovich, Publishers, 1989.
A novel that gives a study of the pre-Masonic mystic life in Europe. Includes much of Masonic symbolism.

Follett, Ken, The Pillars of the Earth, Signet, 1990.
A paperback novel that looks at the operative Craft in Europe with the story of a master craftsman.

George, P. W., The Lodge in Friendship Village and Other Stories, Masonic Book Club, 1987.
A series of enjoyable and interesting stories that will make one think of the way lodges operated in a more relaxed day in small communities.

Kipling, Rudyard, The Man Who Would Be King, Dover, New York, 1994.
Paperback in Dover’s “Thrift Series.” There is also a movie of this book. Can be enjoyed for the story and symbolism.

Kurtz, Katherine, Two Crowns for America.
Historical novel about Freemasonry and the Revolutionary War. Offer of kingship of America to Bonnie Prince Charles.

(These references will be very beneficial to those doing research but cannot fit the category of books that are read to meet the requirements of the Certificates.)

Henderson, Kent, Masonic World Guide, 1984
Not a book to read but one that gives detail and addresses of Grand and local lodges worldwide, plus what to expect if visiting internationally. A directory of rules for visitations to lodges worldwide and tips for the traveling Mason.

Roberts, Allen E., Who Is Who in Freemasonry.

Working of the Lodges

(Books that are focused on the current ritual and workings of lodges as well as the administration of lodges and other Masonic bodies.)

Claudy, Carl H., The Master’s Book, 1935.
For the Warden preparing for his term as Worshipful Master.

Beaumont, John E., Freemasonry at the Top.
Easy to read and helpful to those who would be our leaders.

Morris, S. Brent and Art deHoyos, Is it True What They Say About Freemasonry.
A discussion of the things said negatively against the fraternity and a point-by-point discussion.

Thron, Richard, The Boy Who Cried Wolf – Understanding The Man Who Lies About Masons, M. Evans and Co., New York, 1994.
Treats religion and Freemasonry from view of a P. M., missionary, and fundamentalist Christian.

Copyright - Academy of Masonic Knowledge of the Grand Lodge of Pennsylvania, Free and Accepted Masons
BizStudio-lite Theme by SketchThemes